support
back to articles home

When Keia and Jon were expecting their first child, Roman, they let us listen in on how they made their birth choices.
by
Keia and Jon 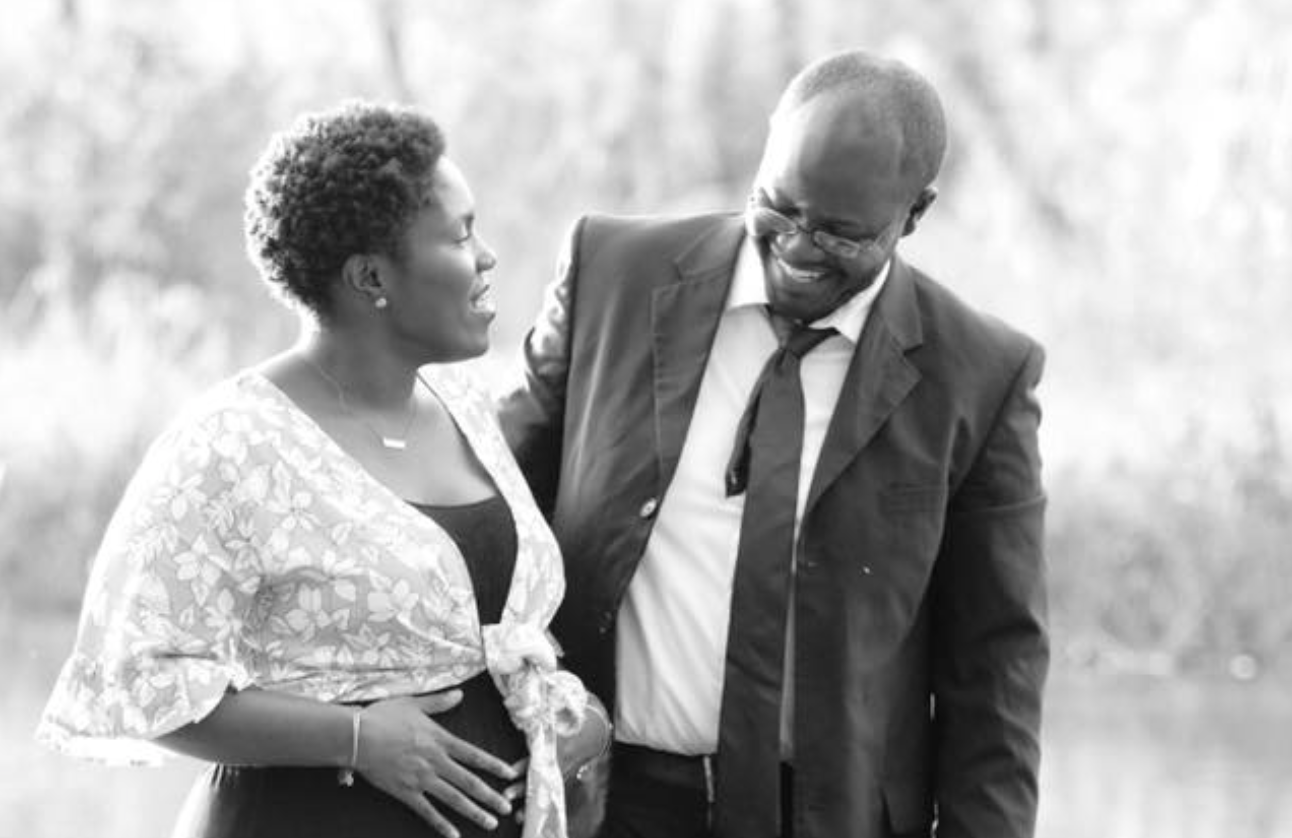 Keia and Jon live in Richmond, VA with their son Roman and their dog, Kingston. When they were expecting Roman, they had a lot of conversations with each other and their doula about their birth choices and they let us listen in.

To hear the actual audio that goes with the text below, scroll to the 7:00 mark on the first audio selection, “Talking Birth Choices with Keia and Jon Pt 1”.

What I do like about having a doula and a midwife is that their job is to craft the birth process to your unique experience. To me that’s the big win. I was not the doula and the midwife guy. I was very traditional, let’s get into finding a hospital — but those experiences are very canned is the best way to describe it — it’s the difference between a homemade meal that your mama makes versus going to McDonalds and getting something that they’ve made 5000 of — there’s a little more love there.

We chose a birth center... from my perspective, I knew I didn’t want to go to the hospital. Once I got pregnant and I started hearing certain statistics about African-American women and birth and pregnancy — I don’t know that I’d say that I got scared, but I was concerned, and a lot of it revolved around traditional care with an OBGYN and a hospital birth. So I knew that I wanted to do whatever I could to protect both myself and my child, and that was a big reason why I wanted a doula, not just for the information that she gives us, but for the advocacy that she gives us... I thought about a home birth. Before I was really educated about it I thought it would be cheaper, one. Two —

[laughing] It’s not by the way.

[laughing] It isn’t. Two, I wanted the freedom to be able to labor how I wanted to in what was comfortable for me, and as you look into certain things with traditional birthing, hospitals and doctors like to monitor the fetus and sometimes they want to put an IV in for fluids and things like that, a lot of hospitals won’t let you consume anything when you’re in labor, even water or ice chips sometimes depending on the hospital, so I knew that I wanted more freedom in our birth... and I wanted the least amount of hands and bodies checking on me and the baby. I really felt like I wanted us to birth like we’re naturally supposed to birth and a lot of times with traditional birthing that doesn’t always happen with all the checking they have to do, for good reason, but it just wasn’t the thing that I wanted to do. And then talking to Jonathan, from his standpoint — he’ll talk about it — of believing the hospital birth at the time was the better option for us —

Can I talk about that for a minute?

So I definitely came from the opposite side of the equation because I was a c-section baby, my brother was a c-section baby, my mom’s lost two babies and so we — because of that my biggest question was hey, if a medical emergency happens, what’s kind of the process —  obviously for her health, obviously the baby’s health, and then the second part is if we go with the birth center and something goes terribly wrong we have to pay the birth center and the hospital and that’s not an option I’m super excited for — and there’s also the view... the hospital is very geared toward dotting their “i”s and crossing their “t”s and it’s a system —

For reasons that are necessary for them, insurance and liability...

Yeah. They get sued and when they do it’s for millions of dollars because somebody’s lost something — so their insurance levels are high and all that stuff so I understand that, but in my head I was very okay with the idea — with walking in the room and having everyone afraid of something going wrong and that I would sue the pants off them. I was completely okay with that, and what I really began to discover was that starting from a fear-based view wasn’t the environment that I wanted our son to be birthed in and overall walking into that kind of environment  causes complications, because it adds — even if everything goes perfectly right, it adds stress, it adds issues — those are the things that create complications. Overall, it’s my personal opinion after seeing a lot of the studies and data and stuff like that and talking to Keia and our doula and to other people in the process — the more comfortable my wife is, the better I believe the birth process is going to go.

Join us!
Become a Patron

Help us create and curate more of the inclusive content we've become known for, grow our team, and create more ambitious projects throughout the year.
PLUS, as a patron, you'll have access to exclusive content, peeks behind-the-scenes, and more!
become a patron
Info
Return Policy
Privacy Policy
Terms & Conditions
Accessibility
Disclaimer
FAQ
Explore
User Toolkit
Membership
Directory
Everyday Birth Magazine
LIfe's Work Documentary
Store
Social
Instagram
Facebook
Email Us
DISCLAIMER
None of the information on this website, our social media outlets, or our digital/print products should be interpreted as medical advice. Always talk to your care provider about any questions or concerns you may have!